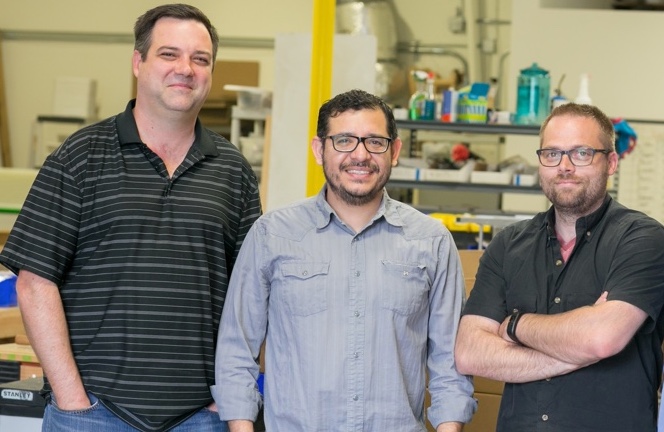 We’re a CNC machine builder based in Torrance, California with production split between California and Illinois. Since our founding in 2013, we’ve sold machines to the smallest home users and to the biggest companies and universities.

Rob is an electrical engineer with years of experience in hardware and software development, as well as high volume manufacturing. He has been involved in the design and development of hundreds of products, but is best known for his work on MeshCAM, an intuitive, cross-platform, and user-friendly CAM program that can handle 2D or 3D parts easily. His name is spoken in hushed tones in CNC forums and bare-knuckle machining clubs.

The other electrical engineer on the team, Jorge has focused on hardware and firmware design for custom, one-of-a-kind prototypes. He has developed a number of educational apps and slips food to his dogs when his wife isn’t looking. His uncanny ability to turn normal conversation into awkward, torturous puns is legendary.

Edward created the Shapeoko CNC router, which grew from a small project, to a Kickstarter campaign, to one of the best selling CNC routers ever, to the second product line at Carbide 3D. How do we know it’s the best selling ever? He’s got an Excel pivot table to prove it. Though to be fair, he’s got a pivot table for almost everything.