About the Hybrid Table

The Hybrid Table is our new combination machine base and workholding system used in the Shapeoko 4 and Shapeoko Pro. It’s a big enough deal that we thought it warranted its own page here and a more thorough explanation.

In a traditional CNC Router, the base of a machine is critical for accuracy and rigidity since everything is built up from there. There are lots of ways to cheat the physics involved but it’s always easier to start with a good base, which is where we started for our newest machines.

The Hybrid Table takes a different approach, it’s made of a grid of aluminum extrusions that are bolted together to make a rigid frame. 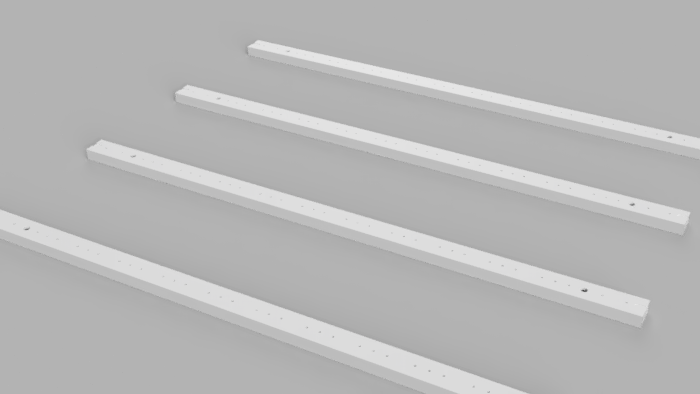 The lowest level of the Hybrid Table is a series of aluminum tubes that span left-to-right and rest on the table or workbench below. We call them the “Nomad Tubes” because it’s a custom extrusion that we originally made for the Nomad Pro. On the left and right, our Y extrusion tubes, the ones that provide the machine motion front to back, are bolted to each Nomad tube. 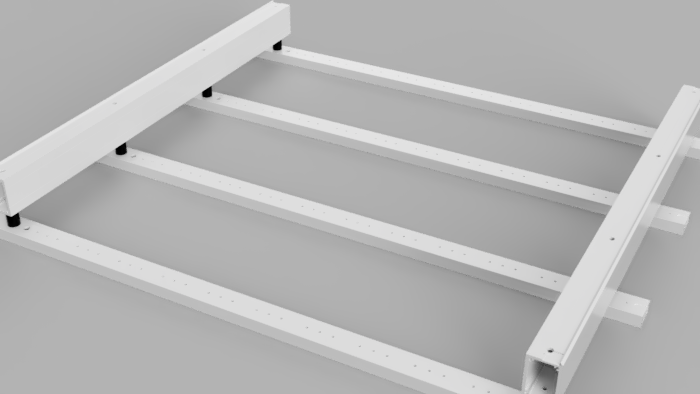 Our Y extrusions were initially designed to support an 8-foot span with minimal deflection during cutting so they technically don’t “need” to be fully supported, especially on a machine the size of the XXL, but the overall rigidity that is gained by tying the table and the motion hardware together is a big improvement compared to the sheet metal risers on the Shapeoko 2 and Shapeoko 3 designs.

The final part of the Hybrid Table are the front-to-back T-track extrusions that bolt onto the Nomad tubes. 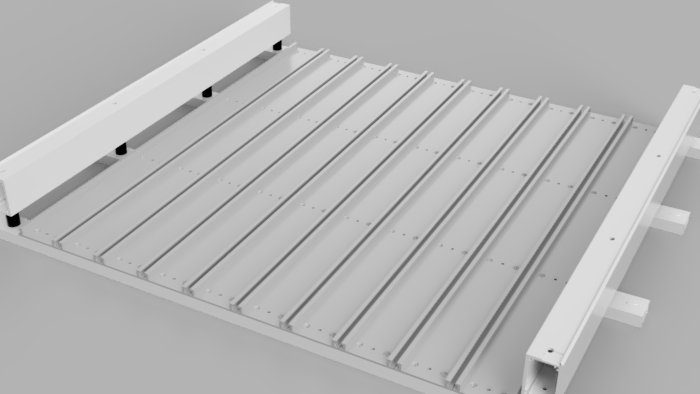 At each point that a T-track extrusion crosses a Nomad tube, there are two M6 screws connecting them.

It’s worth noting a few things about the T-track extrusion:

That’s a lot of screws that have to line up for the Hybrid Table to come together and it only works because each extrusion is machined in-house on an industrial machining center (typically a Haas VF4). No hand-drilling, no drill presses, no machining on a homemade machine. 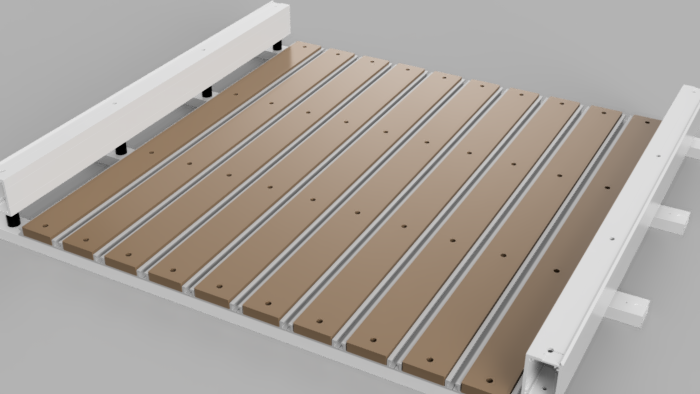 Why not t-slot 80/20-style extrusions? Those are great for one-off designs but they don’t work for our application because:

When you put the Hybrid Table together we think it’s the best machine frame that can be made for a small CNC router but the rigidity is only half of the benefit.

If you asked us to list the top things that trip up people who are new to CNC, work holding would absolutely make it in the top three. We’ve put a lot of effort into our workholding collection to try and help simplify work holding in general but you also need something to bolt those accessories onto. The Hybrid Table t-slots end up being a great place to start.

The area between t-slots is filled with MDF slats, which is what your project would generally rest on. We use 3/4” MDF so it will stand proud of the t-slots by approximately 3mm. That gives you plenty of margin to take a skim cut across the table to make it totally flat and still have a little extra to cut into the MDF without hitting any aluminum. 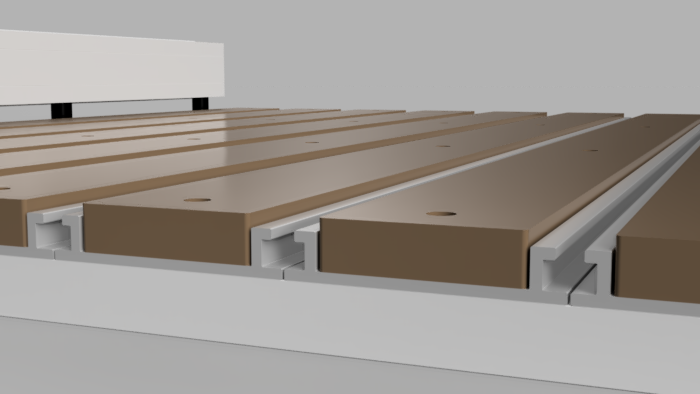 That skim pass is totally optional, and won’t matter at all for most users but we want to make sure it’s an option for those who need it.

The MDF slats are easy to make on a table saw when you need to replace them.

Now that you’ve got a flat table with t-slots, you have a lot of work holding options:

The Hybrid Table is the kind of thing that makes us wish we had a time machine to go back and use from the very start of Carbide 3D. We’ll have to settle to making it the core of our current machine lineup and seeing where we can take it from here.