Build 400 is the first in the series we’re calling Carbide Create V4. This is just the start, look for lots of changes in the near future.

Build 401 should make it to the unstable page in the next few days. (“Unstable” is where we distribute releases to test within the company so feel free to follow along there if you like)

Here are the biggest changes in 400…

The path object in Carbide Create used a very awkward format which made it difficult to use standard curve algoritms. Since this is a “big update” we decided that it’s a good time to change the internal structure to make it more “normal”. This necessitated a change to the C2D file format but we did our best to make Carbide Create load old files and convert them transparently to the new format.

In past releases of Carbide Create, we’ve only supported smooth curves which made some shapes very difficult to draw so we added support for sharp nodes.

To change the behavior of a node:

Users have been asking for a better way to manipulate objects without having to type numbers as much. They were right, we were thinking too much like a group of engineers when we wrote Carbide Create so we’ve fixed it now.

There are three “Transform” commands, Move, Scale, and Rotate

When you click on any of these commands, the transform box will appear around the selection to directly manipulate the selection. 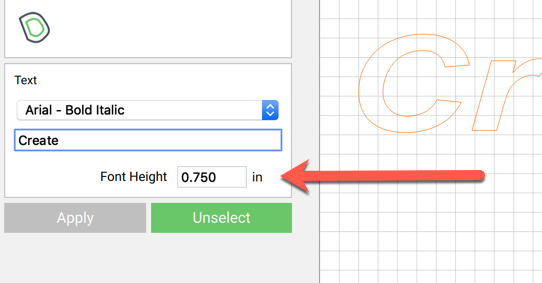 The old text command let you set a a target height/width and then Create would scale the text to best fit that bounding box. This was confusing for new users and it made it impossible to make two different lines of text look the same height unless the text was identical. For instance, a line with “ee” would naturally be a different height than “EE” but the old Create didn’t consider that.

We’ve added a new “Font Height” setting that sets the starting height of the text you’ve entered. Note that we consider this to be a “reference height” and you may have to scale after to get the exact height you want. Without going deep into font theory for why this is the case, we’ll just say that not all fonts accurately report their height.

(NEW) Text can be scaled in only one direction

Using the scale command on text now allows you to stretch text in the horizontal or vertical direction without needing to maintain the aspect ratio.

For smaller parts, the maximum simulation resolution was doubled. We’re taking a very careful approach to increasing this because it does lead to a greater calculation time and could be a problem with some older graphics cards. We’ll keep trying to push the bounds on this one.

When you try to exit the program with an unsaved file, Carbide Create will now warn you to save first. 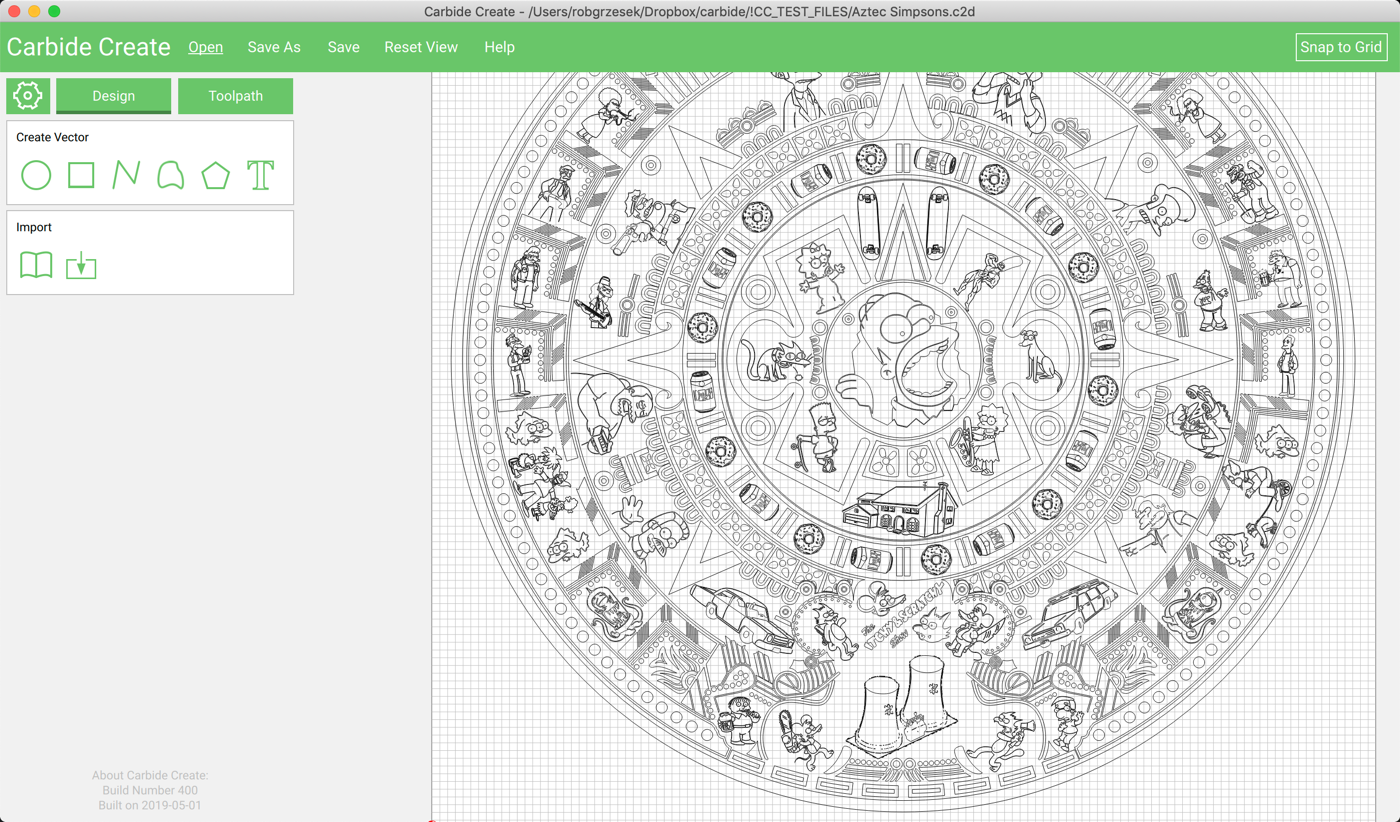 Those “Aztec Calander” files has been really tough for Carbide Create to deal with. In 400, we’ve spent some time to optimize a lot of code to better deal with files that have thousands of vectors. It’s not perfect yet but it’s much better than before.

Users have asked where to find the local data saved by Carbide Create to help them migrate their existing data to a new machine. In the about menu we’ve added an “Open Data Directory” that will open this folder in Finder (OSX) or Explorer (Windows).

To get to the about window, just click on the Build information in the bottom left part of the screen.

As we’ve added this, Carbide Create will no longer save settings in the registry on Windows so this directory will have all of that information. Unfortunately, this means that build 400 will load without any of your saved settings from any of the 300-series builds.

For small objects, it was possible in prior versions to for the stock to be sized wrong, in most cases ending up huge.

There was a bug where deleting an object didn’t properly mark the document as needing a save. That’s now fixed.

There was a case where SVG files made of paths with fewer than 3 points could be imported wrong. Got it fixed in 400, thanks for the test files.

We’re based on the Qt framework and we’ve been on the same version for a while, and that version predates dark mode on OSX by quite a bit. Eventually, we’ll upgrade to the newest version of Qt that better handles dark mode but until then, we’ve disabled it in Carbide Create to make sure that text entry boxes remain readable.