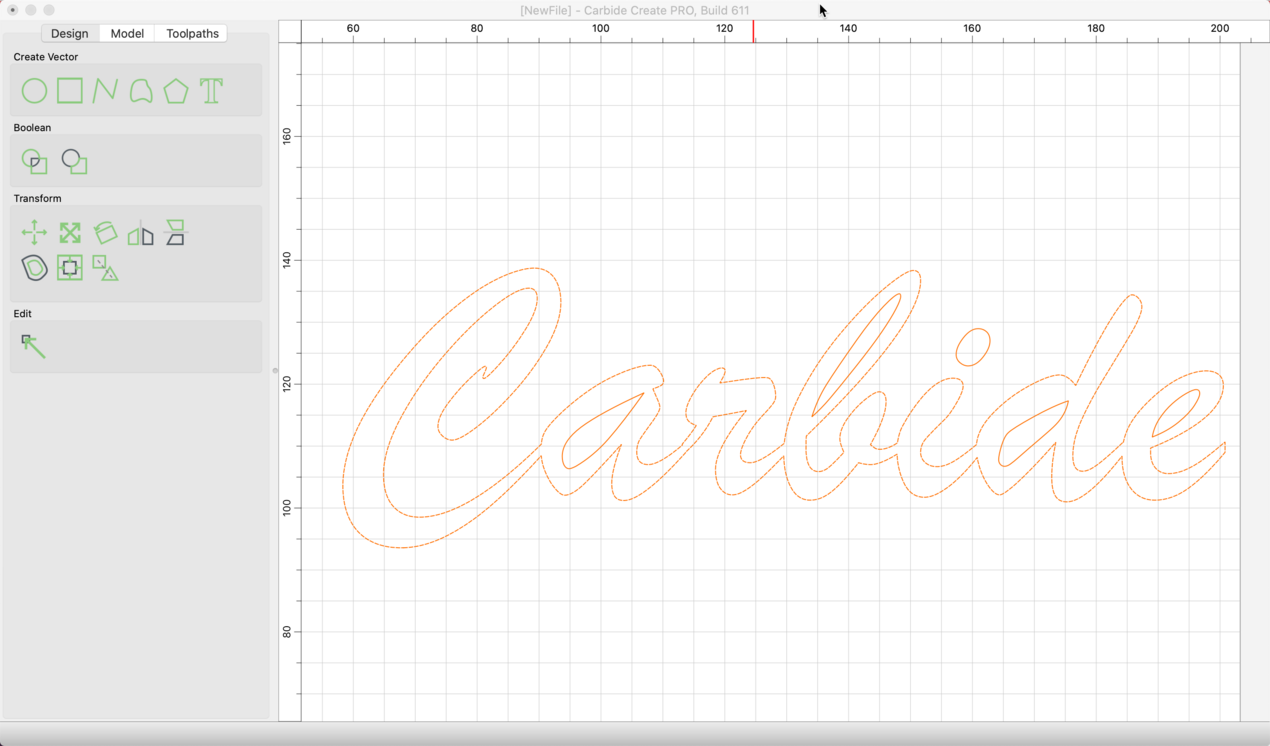 Script fonts are always popular for CNC designs. The difficult part of using a script font is that you usually want the letters in the text merged into a single object rather than a separate set of characters that are next to each other, but not combined.

We’ll use Carbide Create V6, which includes new tools to make this easier.

For this short how-to, we’ll use the Brush Script MT font that typically comes installed with Windows 10 and later. If you don’t have any script fonts available, you can download a number for free from https://www.dafont.com.

Launch Carbide Create and create a new text object. In this example, we’ll pick a height of 50mm, around 2 inches, and use the Brush Script MT font. 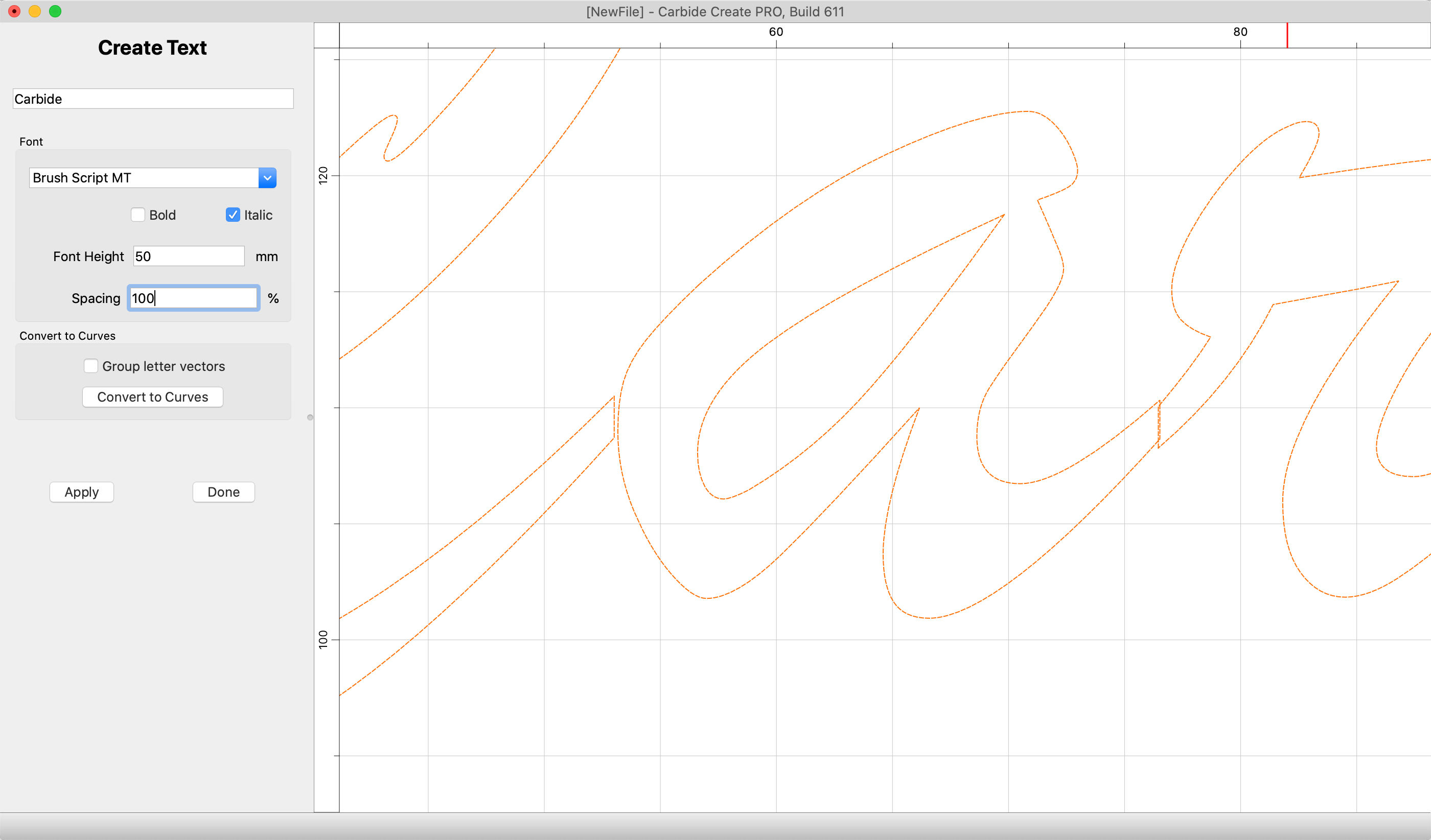 To merge the text into a single object, the letters must overlap. In the drawing view, zoom in to the view and inspect the areas where characters should connect and make sure that there is an overlap.

If the text does overlap properly then you can skip the next step. If not, you can change the text spacing to make adjustments. 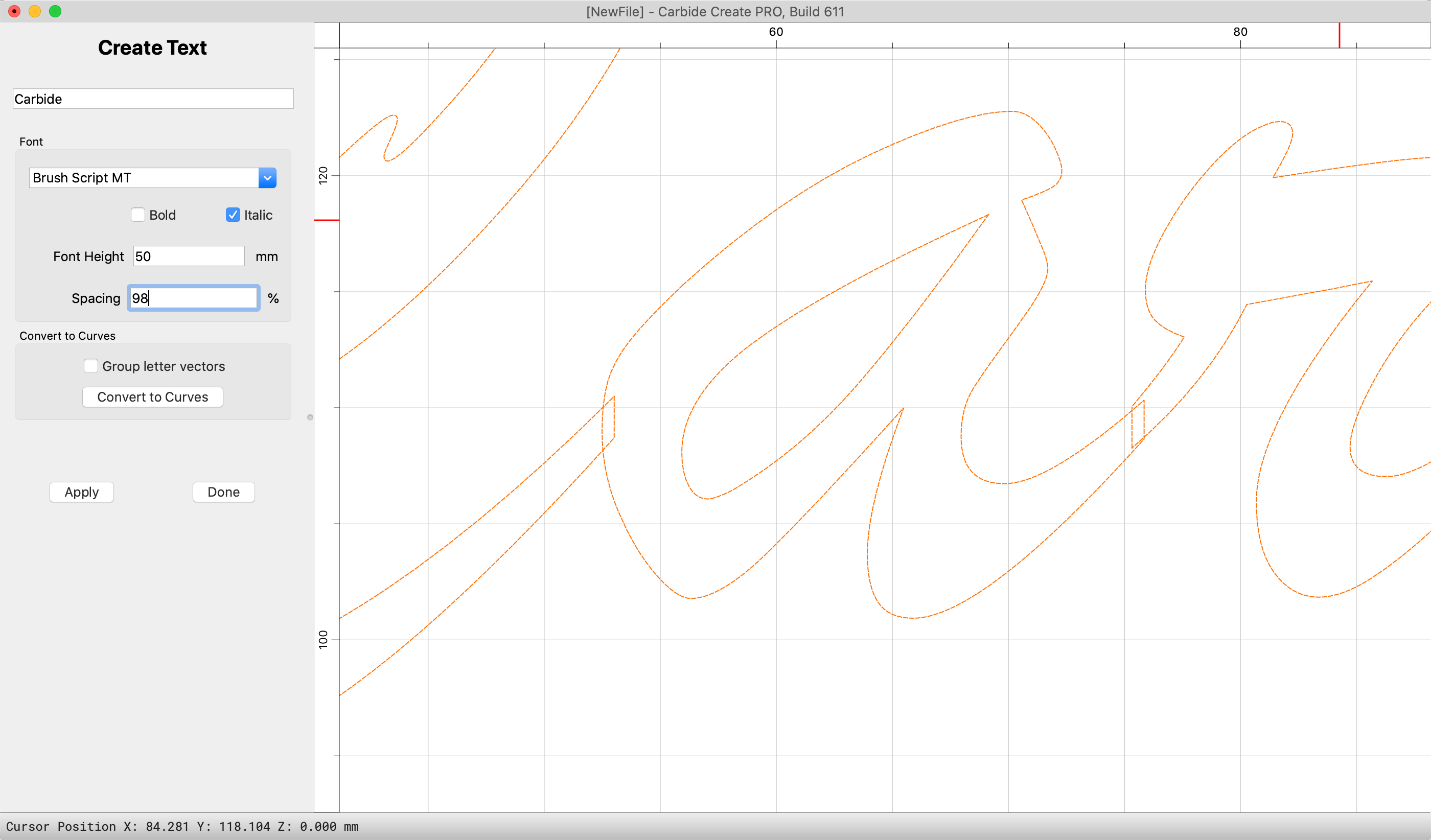 If the text doesn’t overlap then the quickest fix is to reduce the text spacing until it does.

The drawing view will update with the new spacing. If it overlaps, you’re ready to move on to the next step. If not, reduce the spacing to 98% and try again. It rarely requires more than a couple of percentage points of change to get proper overlap. 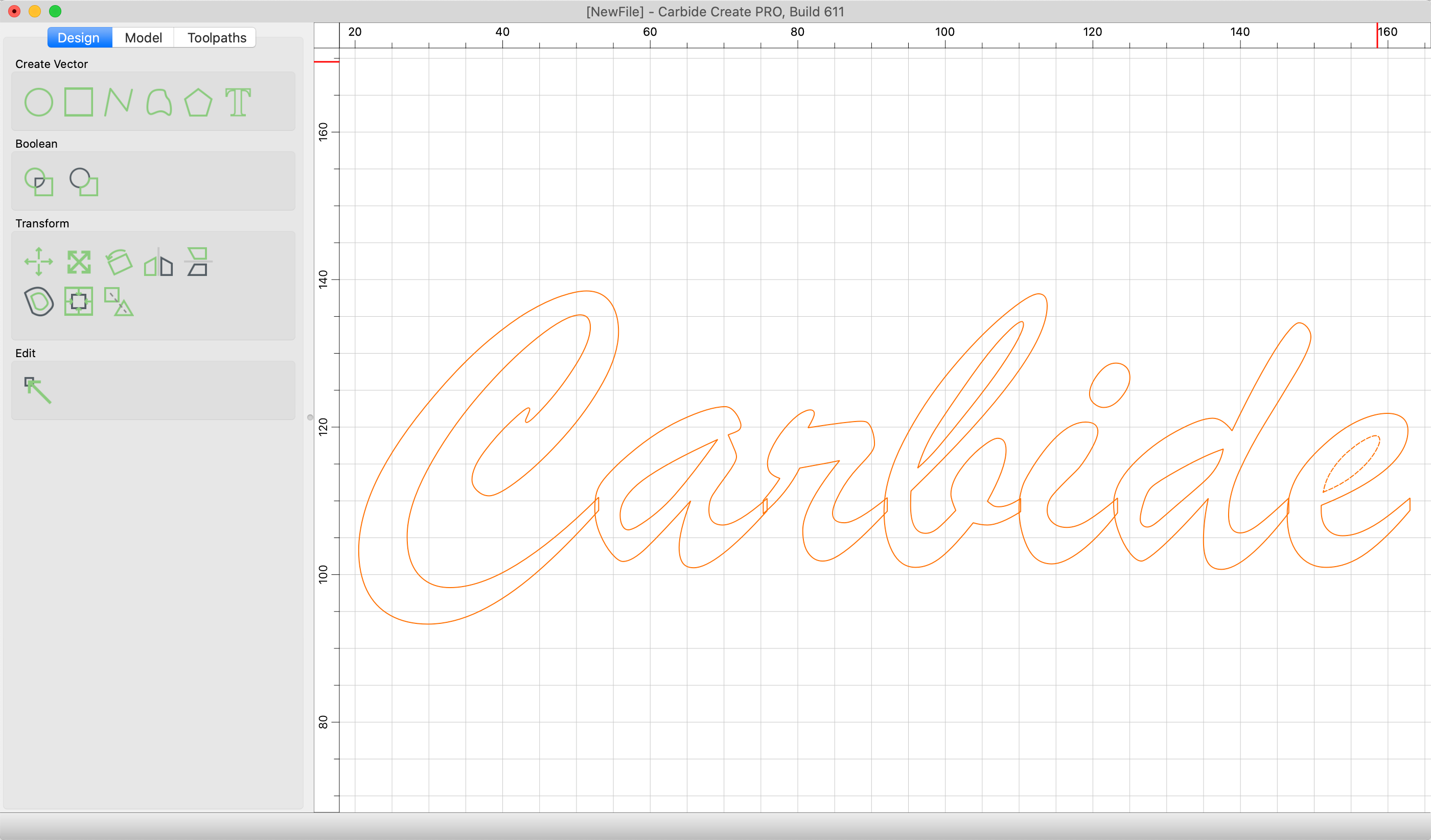 Once you’re happy with the text, you’re ready to convert objects from text to curves for further modification. 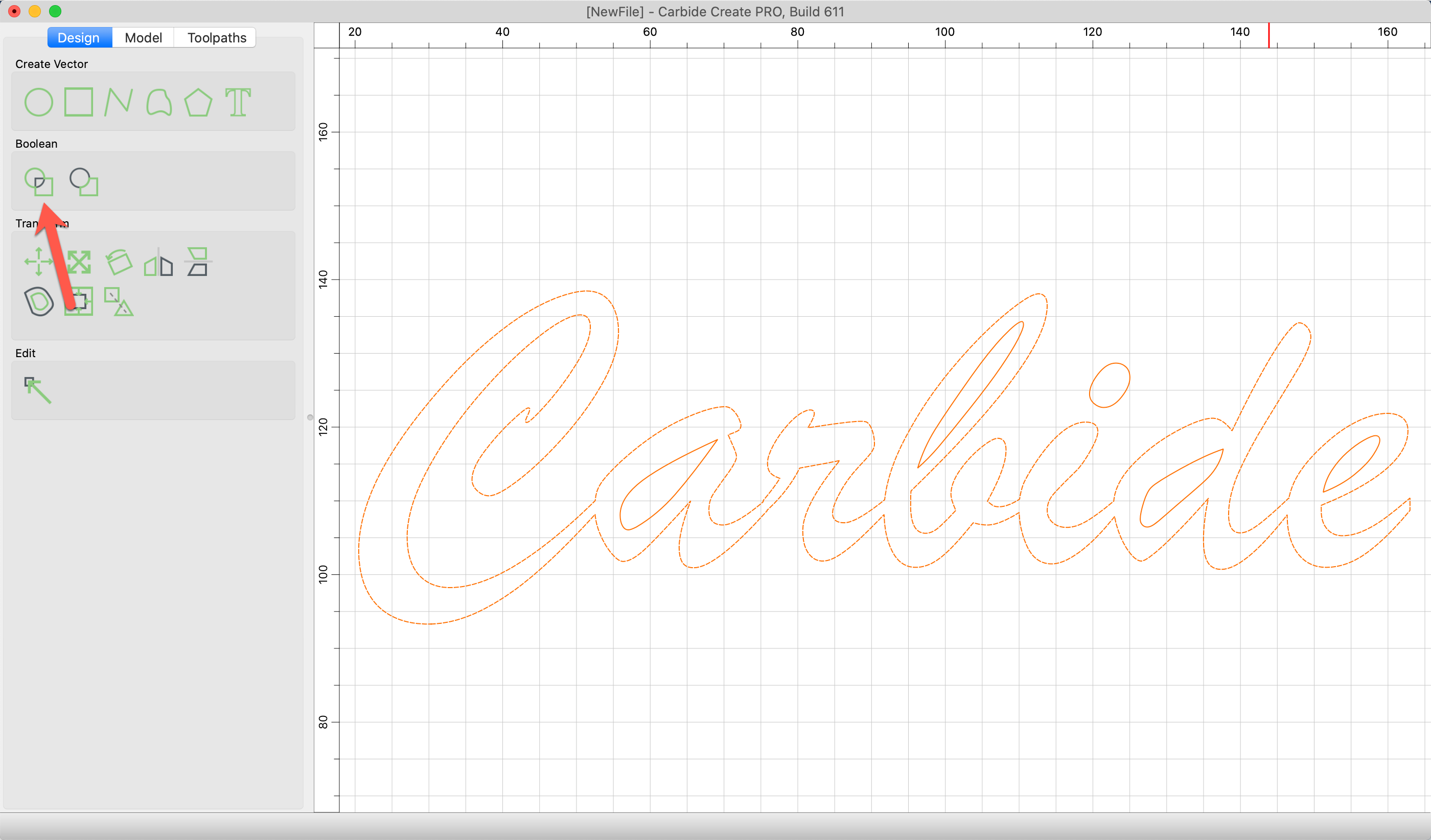 Now that you have a series of curves, click the Boolean Union command to merge overlapping curves into combined objects.

You’ll now have merged text curves that you can machine with a V-carve toolpath or cutout completely with a contour toolpath.