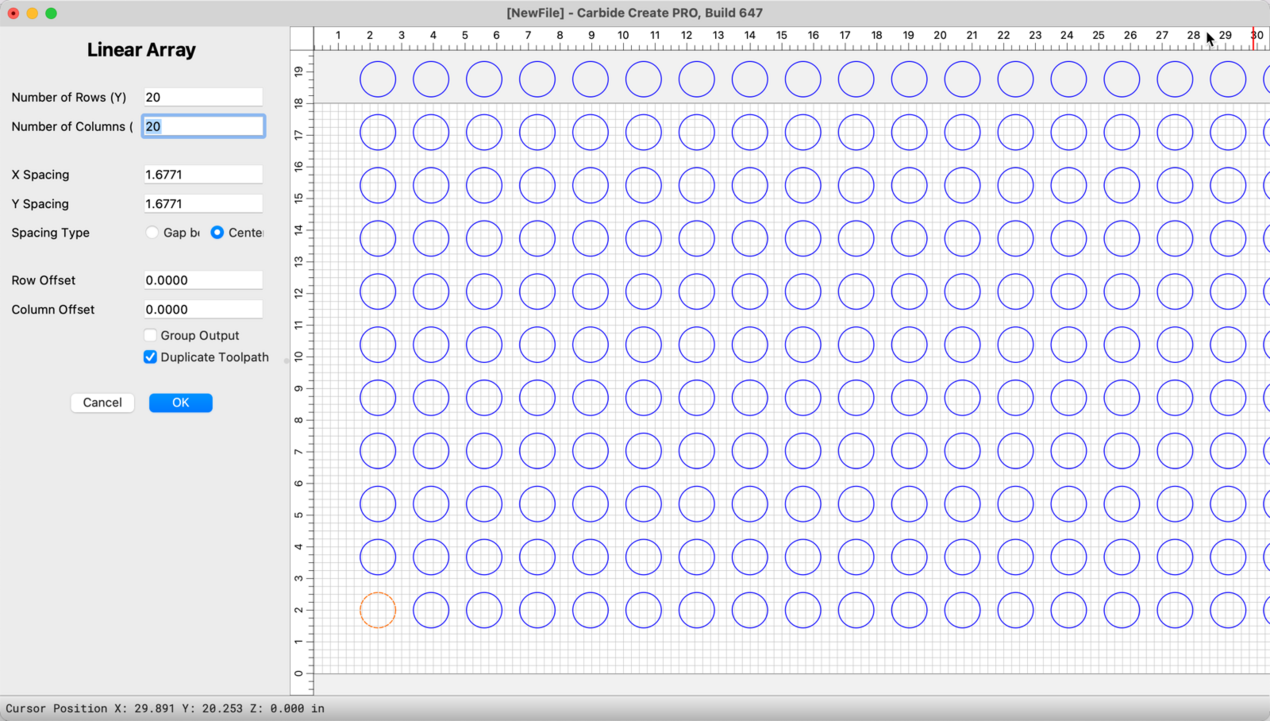 After the better part of a year of work, we’re ready to call Carbide Create V6 “Done” and encourage everyone to give it a shot.

Get a copy from the downloads page and let us know how it works for you.

In the past month we’ve added:

These additions are on top of the changes in the first 40 builds of V6, which were substantial on their own. Here are a few of our favorites :

Some long-time users have complained about older versions of Carbide Create, and a lot of that has been fair. We made a couple of mistakes in Carbide Create V1 that haunted us for years:

We had pretty minimal goals for what we wanted CC to be. We wanted users to be able to draw simple shapes and text and cut them out. Our users became more advanced and we had to improve on CC, but the internal architecture of CC was not really built for that scale of program. We’re happy to say that V6 is now built to support where we want to go for the next 5 years.

We used Qt/QML for the user interface. This is a little in-the-weeds, but we based the user interface on a new (at the time) technology called QML. It was a nightmare and it was the single most damaging thing we did. It took years to rip it back out because it was so intertwined with the application. (We can probably share now that, early in CC, we sent out dozens of free computers to people because the QML system just wouldn’t run on their machine.)

Why are we rehashing the past? Because we want you to know that if you haven’t used CC V6, you should. Carbide Create V6 is such a break from the past versions that we’re comfortable saying it’s a whole new program.

We’re going to take some time to make sure there are no show-stopper bugs to fix in V6 and then move on to work on V7, which is going to have some GREAT new features that we’ve been really excited to start on.