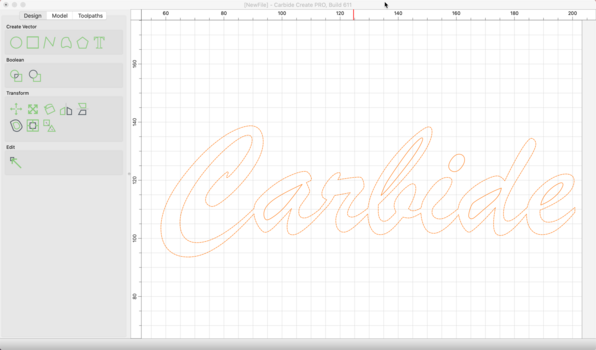 Script fonts are always popular for CNC designs. The difficult part of using a script font is that you usually want the letters in the text merged into a single object rather than a separate set of characters that are next to each other, but not combined.

We’ll use Carbide Create V6, which includes new tools to make this easier.